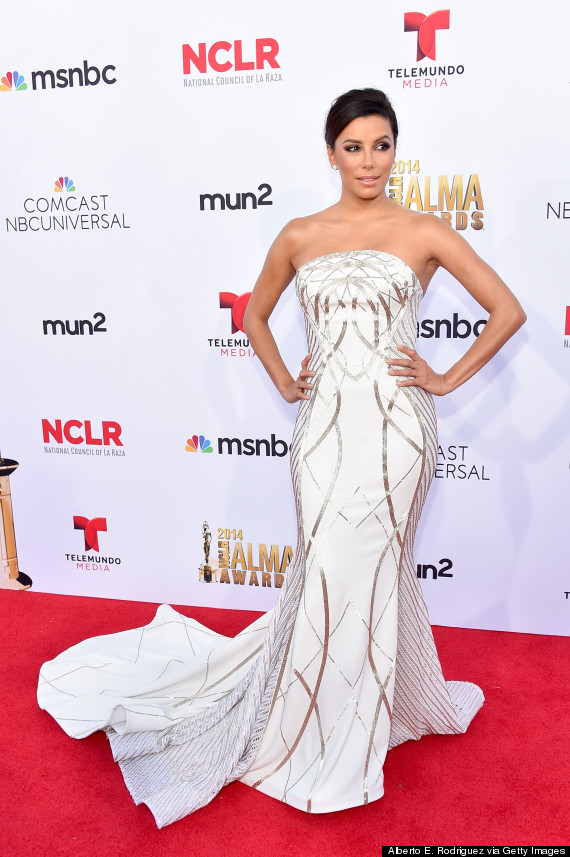 The spirit of the ALMA Awards were in full swing on Friday night as the show celebrated 15 years of honouring Latinos in media.

The awards recognizes artists in music, television and film who portray Latinos accurately and fairly. The ceremony was once again hosted by Eva Longoria and Mario Lopez who honored stars like Charo, Guillermo del Toro, Pitbull, Daisy Fuentes and more.

Longoria stunned in various gowns throughout the night as the stars shuffled on and off the stage presenting and accepting awards.

The red carpet was rolled out once again for many of the industry’s biggest names. Eva Longoria wowed in a tapered white dress with golden detail.

Can we do that all over again? 😍 If you’re i

That’s a wrap! 💫 Jetting off to somewhere su