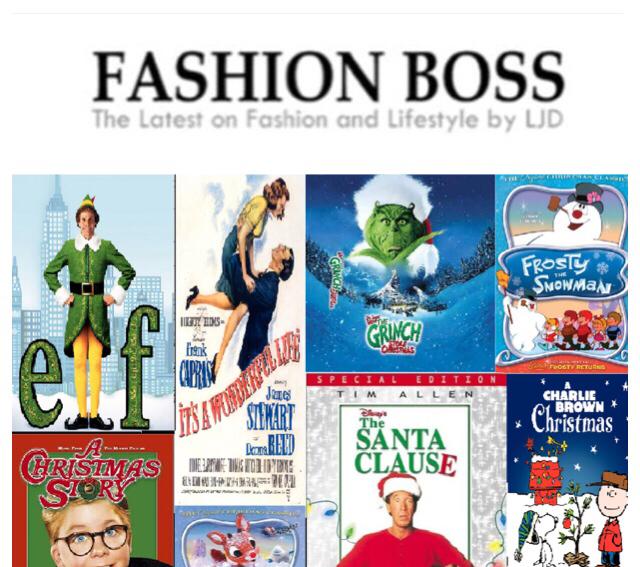 It’s finally Christmas Eve. We are all reflecting on the year that was, and more importantly setting our sights on the year ahead. The Christmas season is our best chance to celebrate with family and friends, so why not maximise your family time by counting down to Christmas with the top 10 Christmas Movies… can you watch them all in time! Curl up beside the fire and relax. My idea of heaven!

Merry Christmas to all my Fashion Boss followers. I hope you have a memorable Christmas and an amazing New Year! <3 LJD x

Ahh, the all time classic. Watching Home Alone over the years has always made me dream of a White Christmas. One of my absolute FAVOURITE movies! Kevinnnnn…..!

One of the best Christmas films of this millennium! This movie lets your imagination run wild… and there are so many quotable scenes I don’t even know where to begin!

An oldie but a goodie, this classic from the 1980’s is a must-see for any kid at Christmas.

Dr Seuss’ story is a lot of fun for the kids and young at heart. Instead of transporting (via film) to a city or country you like, its even more fun to transport into another world…. in this case, whoville!

Tim Allen puts forward a stellar performance in the Christmas classic, The Santa Clause. Once you’ve seen this you be be hooked and of course…you HAVE to watch the second and third.

An oldie but a goodie. For those of you that haven’t seen this classic – After George Bailey (James Stewart) wishes he had never been born, an angel (Henry Travers) is sent to earth to make George’s wish come true. George starts to realize how many lives he has changed and impacted, and how they would be different if he was never there.

An old favourite from the 90’s. This one couldn’t go without mentioning as its a great reminder for the travellers out there that no matter where you are in the world, home is still where the heart is. Who knows who will pop up on your doorstep on Christmas Eve!

This is by far my favourite Christmas film set in London. If there were to be any city in the world that would rival the charm of New York at Christmas time, it would have to be London. Love Actually is about the lives of various couples and their love interests throughout the festive season and is, as such, a great film capturing the magic of London in the festive season.

This is one of my favourites! For those of you that have not seen it yet – A little girl discovers dreams do come true if you really believe. Six-year-old Susan has doubts about childhood’s MOST enduring miracle – Santa Claus. Her mother told her the “secret” about Santa a long time ago, so Susan doesn’t expect to receive the most important gifts on her Christmas LIST. But after meeting a special department store Santa who’s convinced he’s the real thing, Susan is given the most precious gift of all – something to believe in.

The Muppets perform the classic Dickens holiday tale, with Kermit the Frog taking on the role of Bob Cratchit, the put-upon employee of miserly Ebenezer Scrooge (Michael Caine). Other Muppet repertory players such as Miss Piggy, Gonzo, Fozzie Bear and Sam the Eagle weave in and out of the tale, as Scrooge is visited by three spirits who show him the error of his self-serving ways. But the stubborn, miserable old man is seemingly past any hope of redemption.

That’s a wrap! 💫 Heading to a wedding this A

Is this place even real?😍 When you finally tic