Hi guys, my Warsaw Travel Guide is FINALLY here. I flew over with Nirina in February and we had a great few days exploring the capital. I had never been to Poland so I decided 2018 was the time to go. We had booked three nights but due to the snow storm madness in Ireland our flight was cancelled so we got to stay another three nights. No complaints here. I have included a bit about where we stayed, what we got up to and I have also included a bit about my favourite food and drinks spots. Have a read and let me know what you think!

In the heart of Warsaw, you will find the Platinum Towers. We stayed here for 3 nights and I can honestly say I didn’t want to leave. Our apartment had 2 flat-screen TV’s with cable channels. There was a fully equipped kitchenette and a bathroom with a bathtub. The apartment also had a balcony with a view of the city. In the same building there was a casino, as well as a spa with a swimming pool and a massage parlour, as well as a number of shops and a hair salon.

Platinum Towers is about 500m from Saski Garden, and 800m from Złote Tarasy Shopping Centre. It is just 1 km to Warszawa Centralna Train Station. The Towers are also close to the buses and trams so it’s easy to get around. This apartment was definitely my favourite of the two on this trip. I would definitely stay here again. A home away from home!

Hosapartments City Center are located in the centre of Warsaw, 700m from Warsaw Central Railway Station. We had a TV and a fully equipped kitchenette. This place wasn’t as modern as the Platinum Towers but we had everything we needed and it was in a great location. The apartments are located in three neighbouring buildings. They are decorated with panel floors and bright colours and they come with a seating area and a bathroom with a shower and a hairdryer.

Hosapartments City Center is situated 150m from Świętokrzyska Metro Station, which makes for a convenient starting point for getting around the city. Palace of Culture & Science is 450m away. The nearest airport is Warsaw Chopin Airport which is 7 km from the apartments. If you’re looking for somewhere central, affordable and close to public transport I would suggest looking into this place. 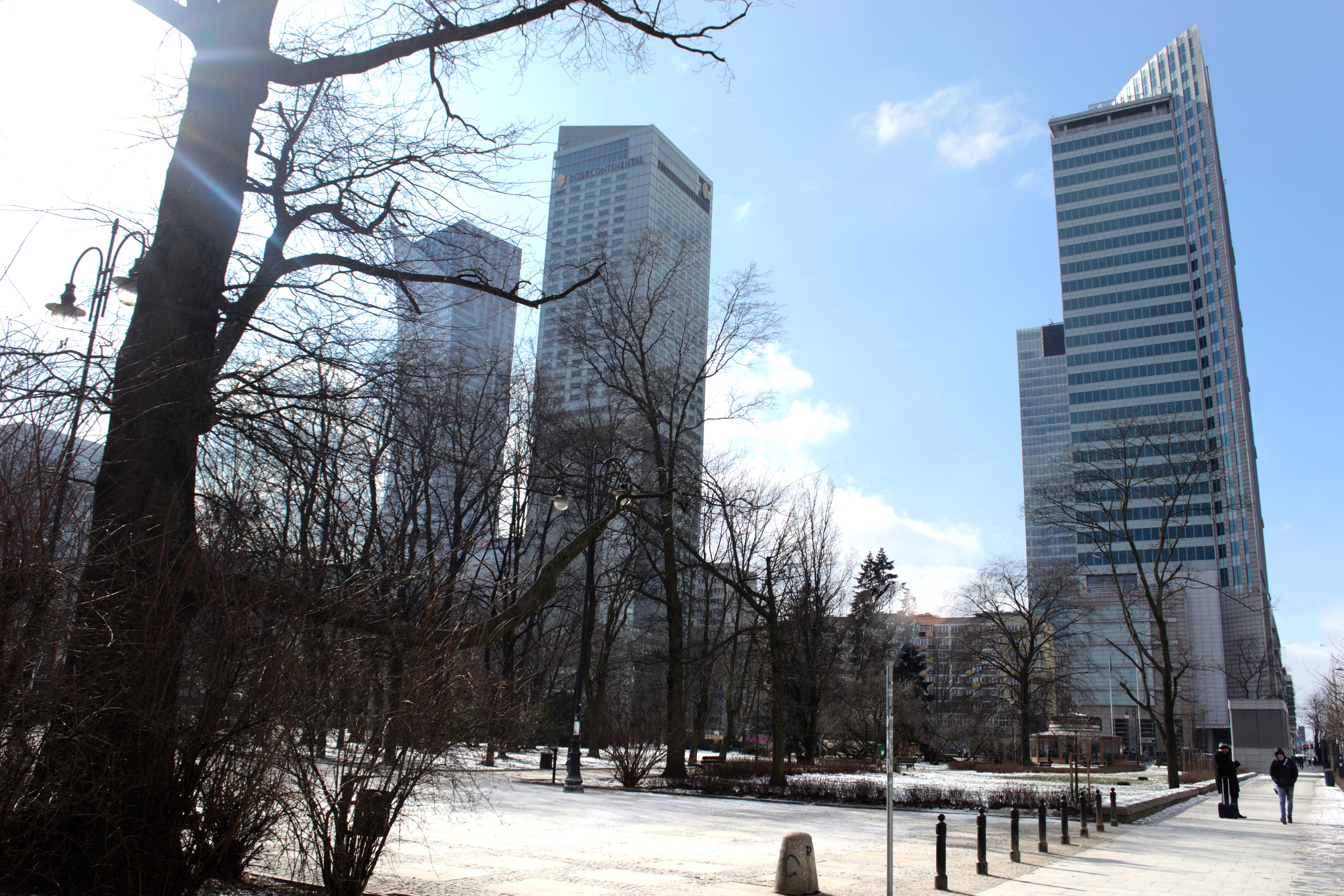 Just outside of the Old Town, north of the Barbican gate, is Warsaw’s New Town.  It had to be completely reconstructed after World War II, just like the rest of Warsaw. There are plenty of churches in the New Town as well as the Field Cathedral. It is also the childhood home of two-time Nobel Prize winner Maria Sklodowska-Curie – which is now a museum. Her statue can be found at a platform overlooking the Vistula River and Multimedia Fountain Park. It was between -10 and -15 degrees when we were over so we ended up finding lots of cosy cafes to shelter in. I would suggest wandering around and stopping into a few places along the way. 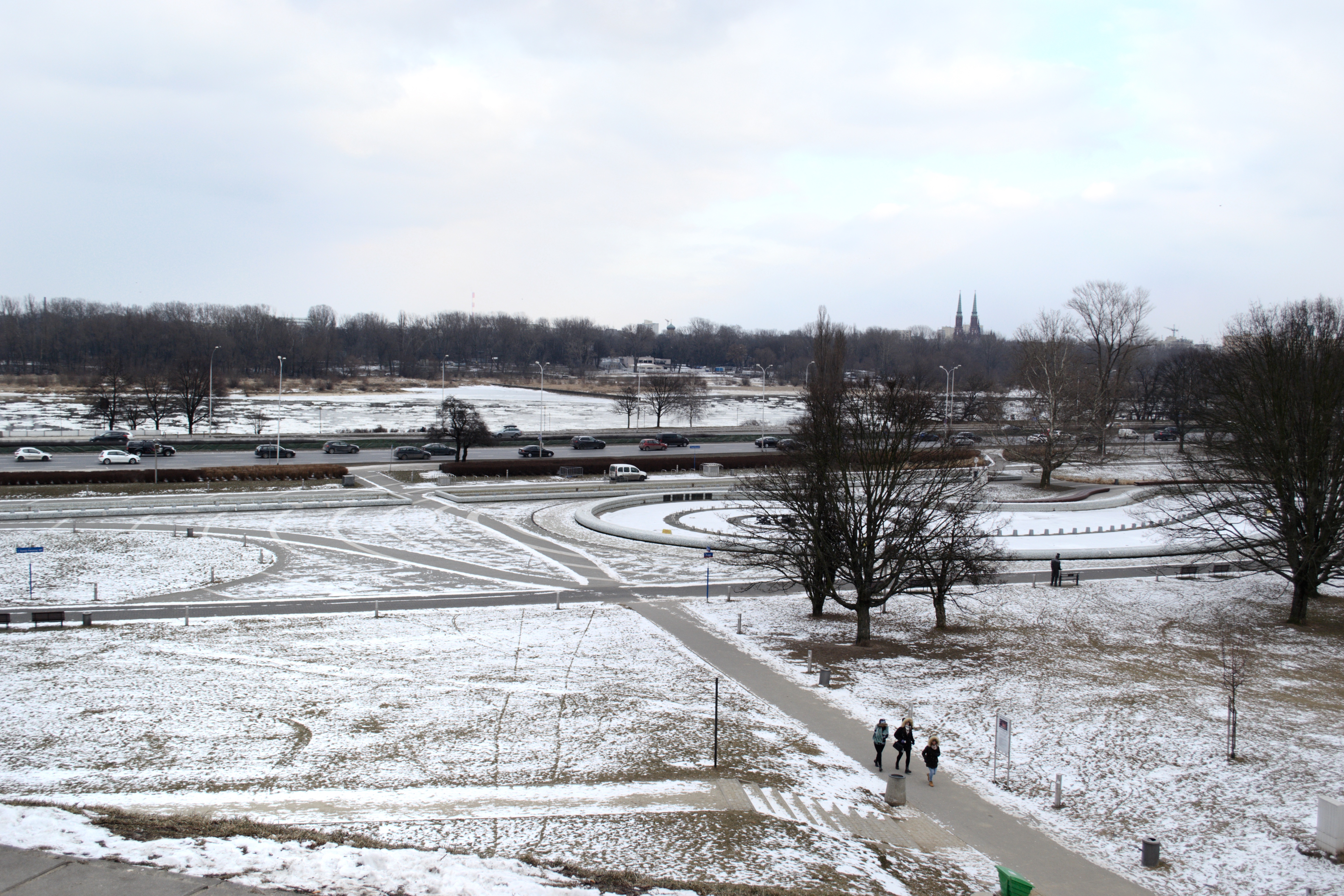 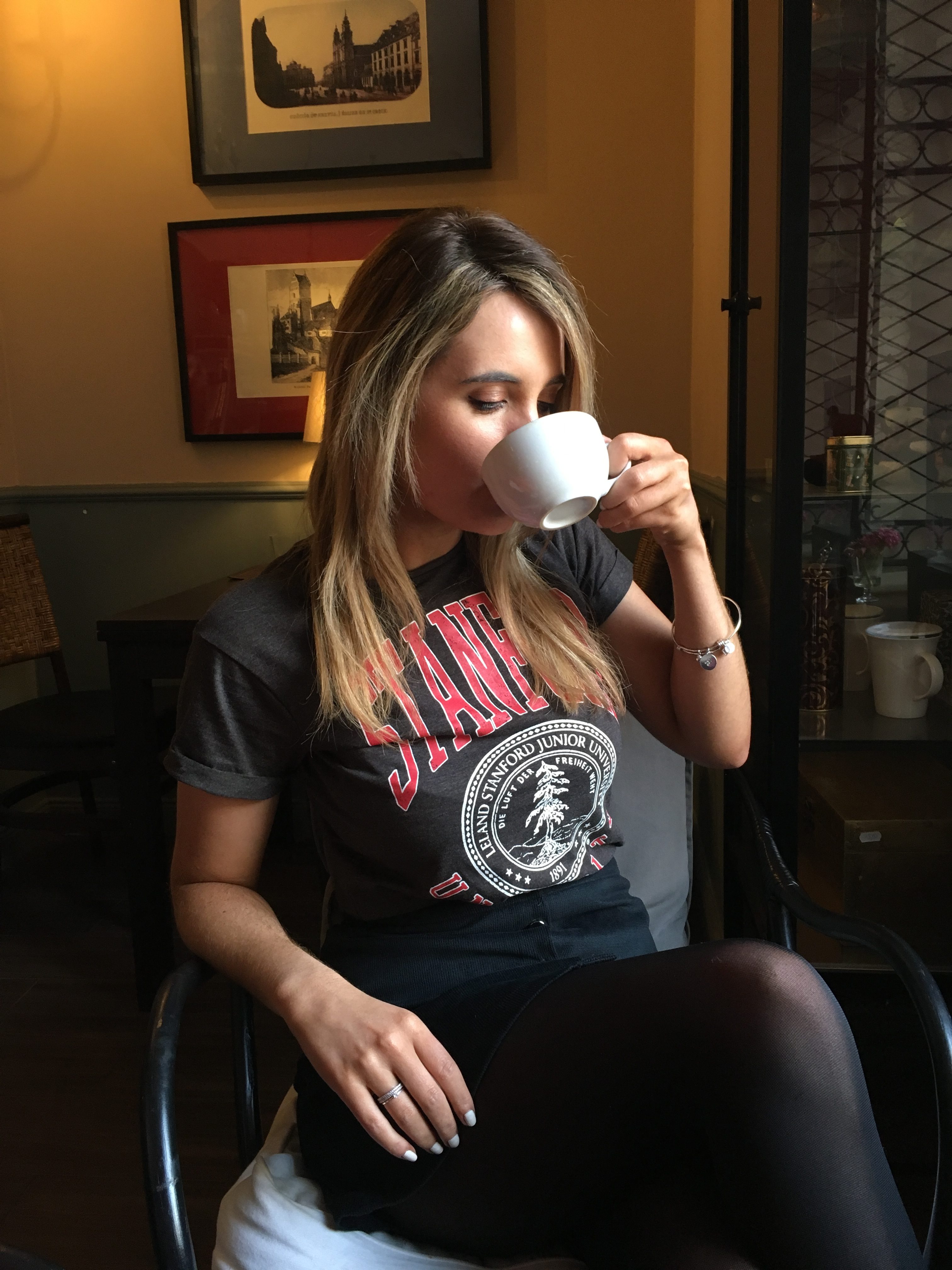 I would suggest wandering the cobblestone lanes of Warsaw’s Old Town.  The Old Town Market Square was definitely one of my favourite places for a number of reasons. The colourful buildings and architecture really stood out to me. It dates back to the 13th century and has a statue of Warsaw’s guardian: A sword-wielding mermaid. When you are walking around you will notice how the city center was completely reconstructed after being demolished by the Nazis. Explore the lanes around the square and then stroll down Swietojanska and stop into two side-by-side churches, St. John’s Cathedral and Church of the Gracious Mother of God, then continue walking into Castle Square.

Tip: Pop into the Warsaw Tourist Information Center on Market Square to pick up maps and guidebooks for your stay in Warsaw. 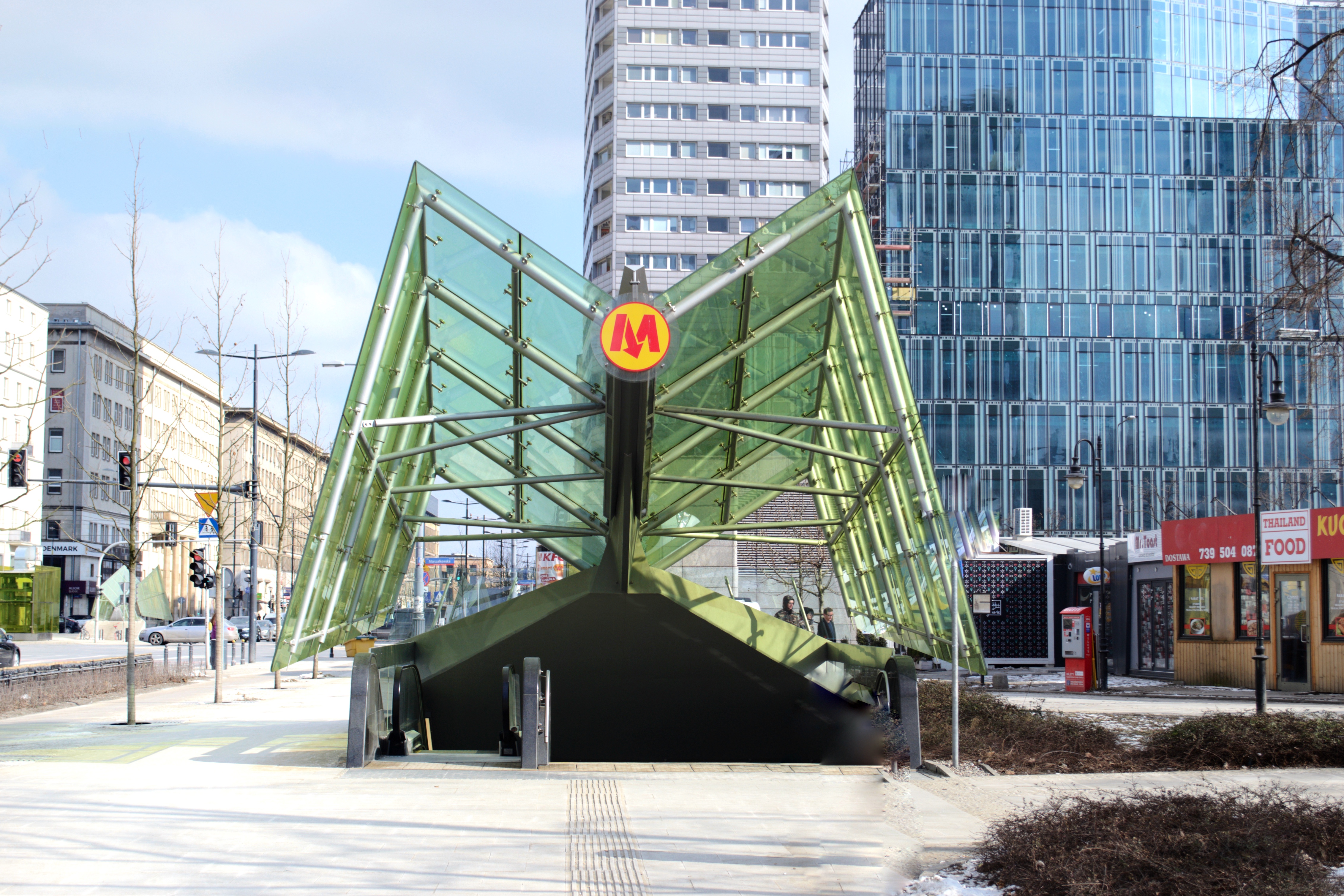 The Castle Square is dominated by the Royal Castle. The castle, which was rebuilt after the war, houses an art museum that includes works by Rembrandt. In the center of Castle Square is the Sigismund’s Column.

We walked around the Royal Castle for about 2 hours and the tickets were only 30 pln. I fell in love with the interior design, the white marble and all of the gold decor. If you’re planning a visit to Warsaw soon, I would recommend doing the Royal Castle Tour, it really is the place for queens. Tickets available here. 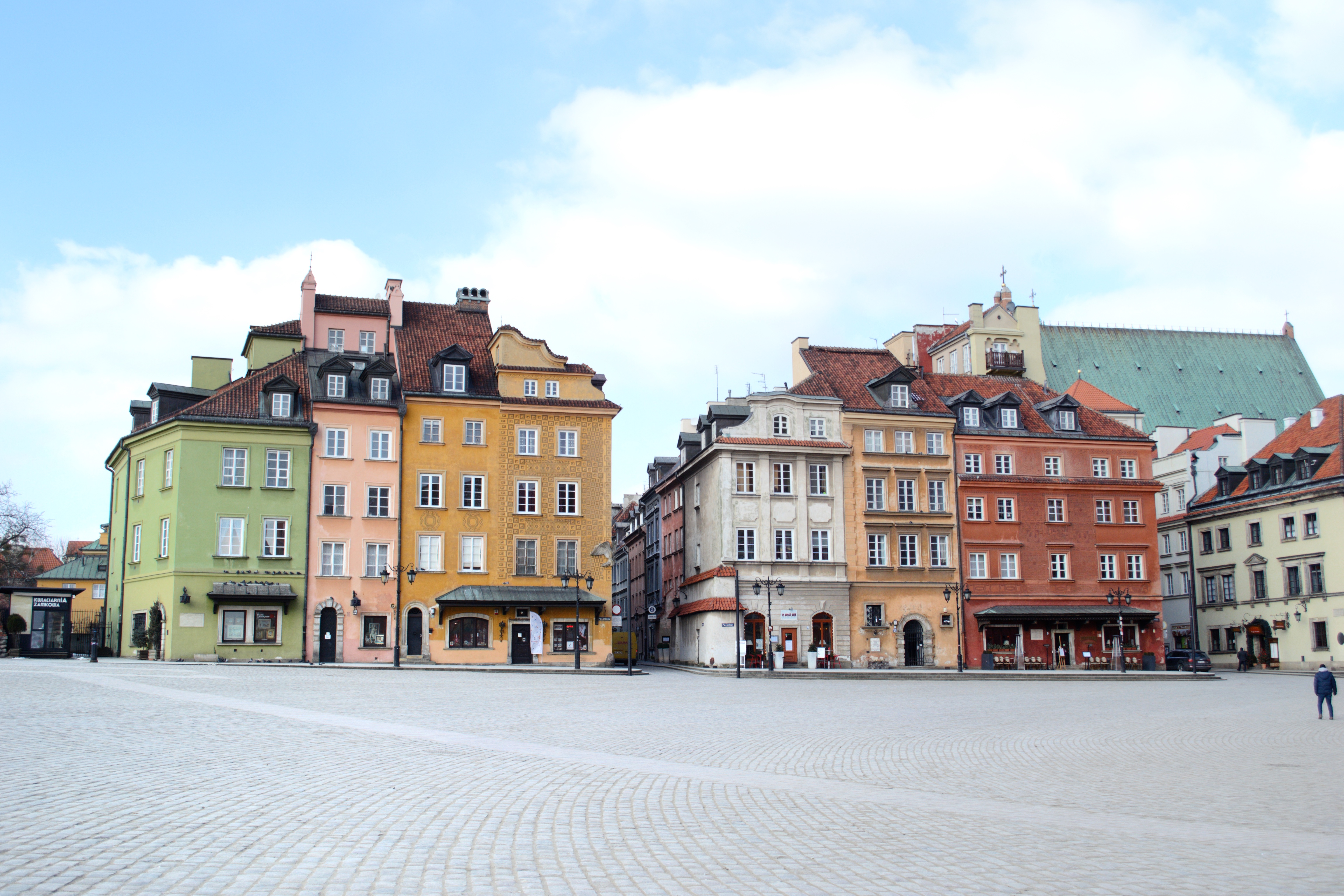 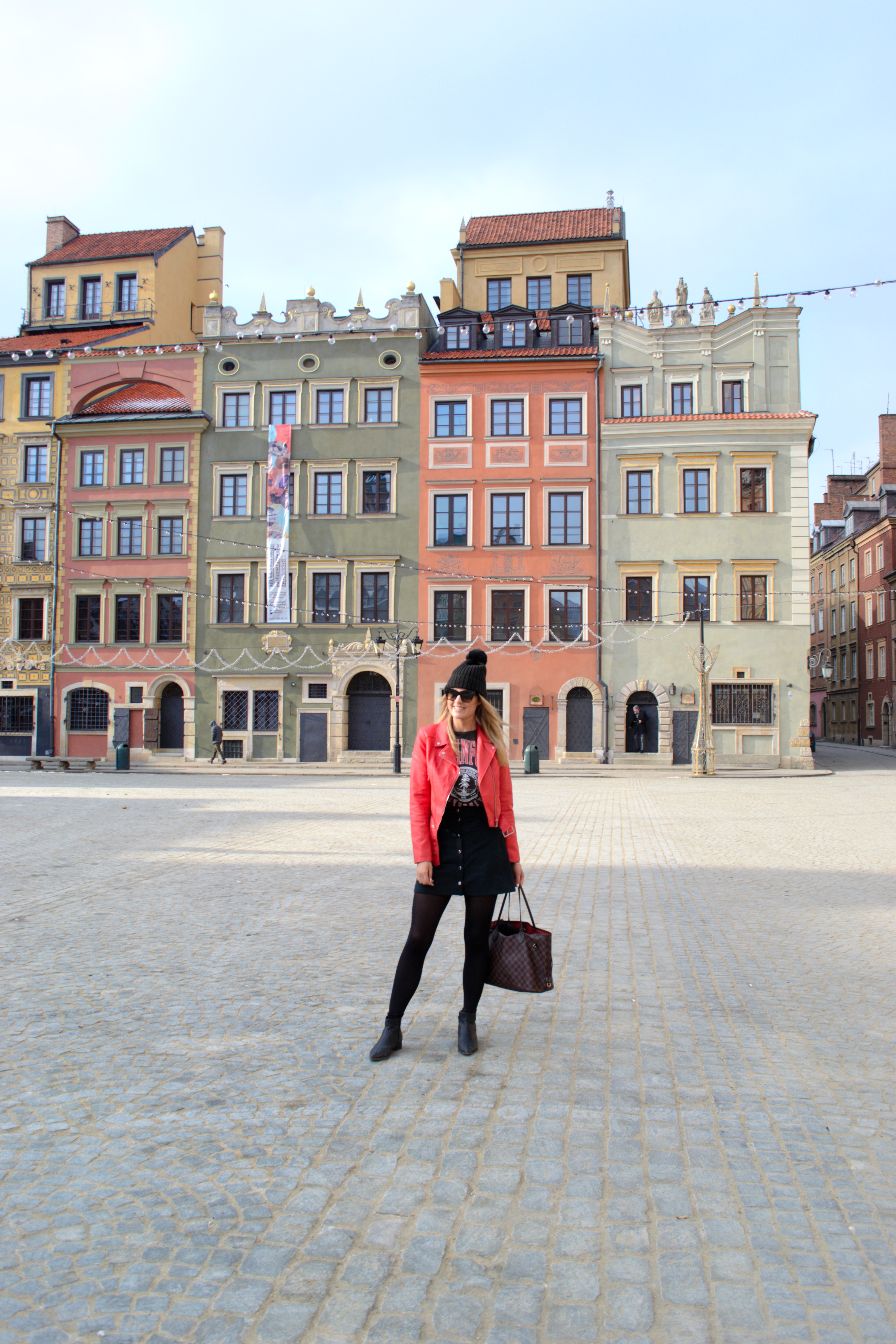 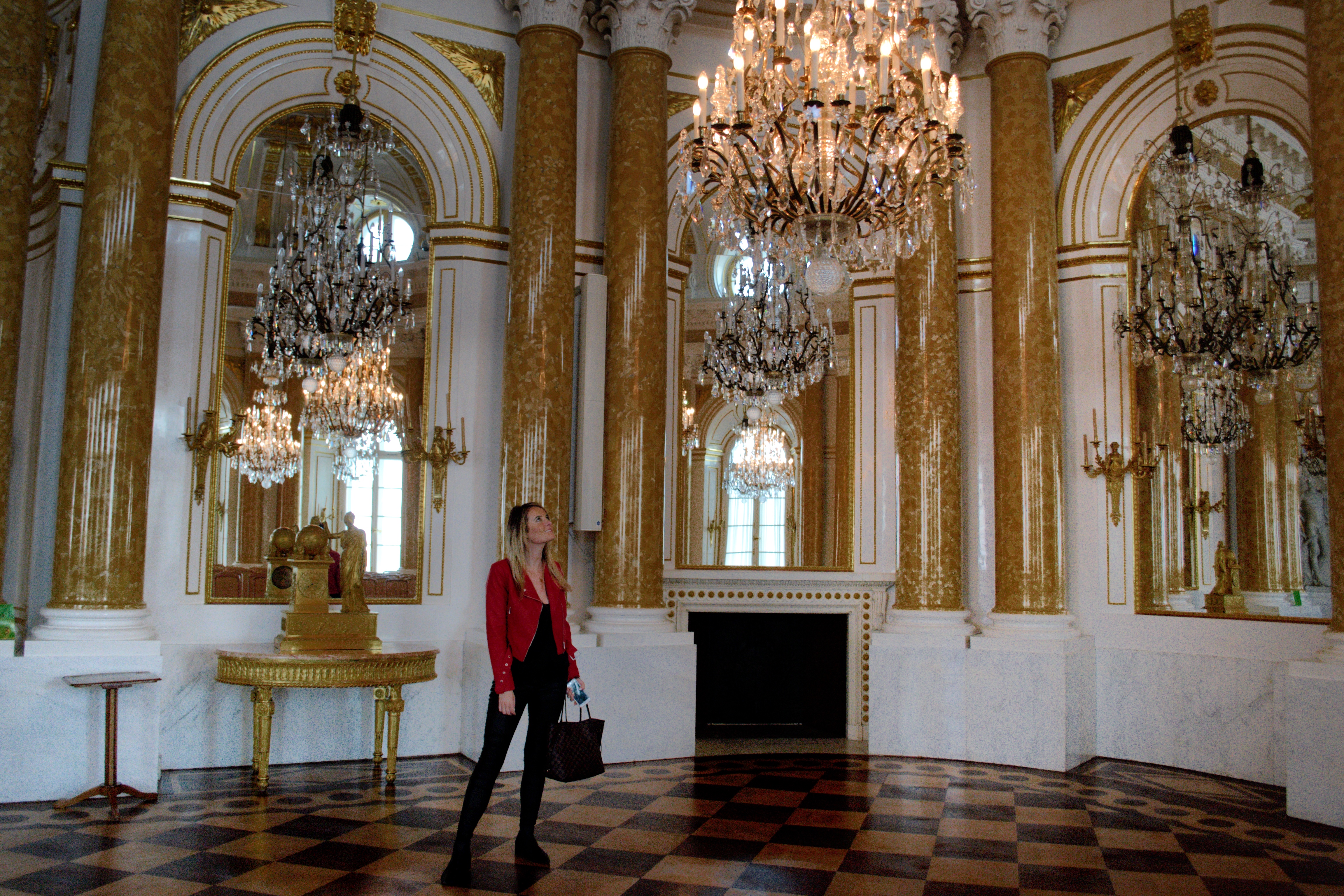 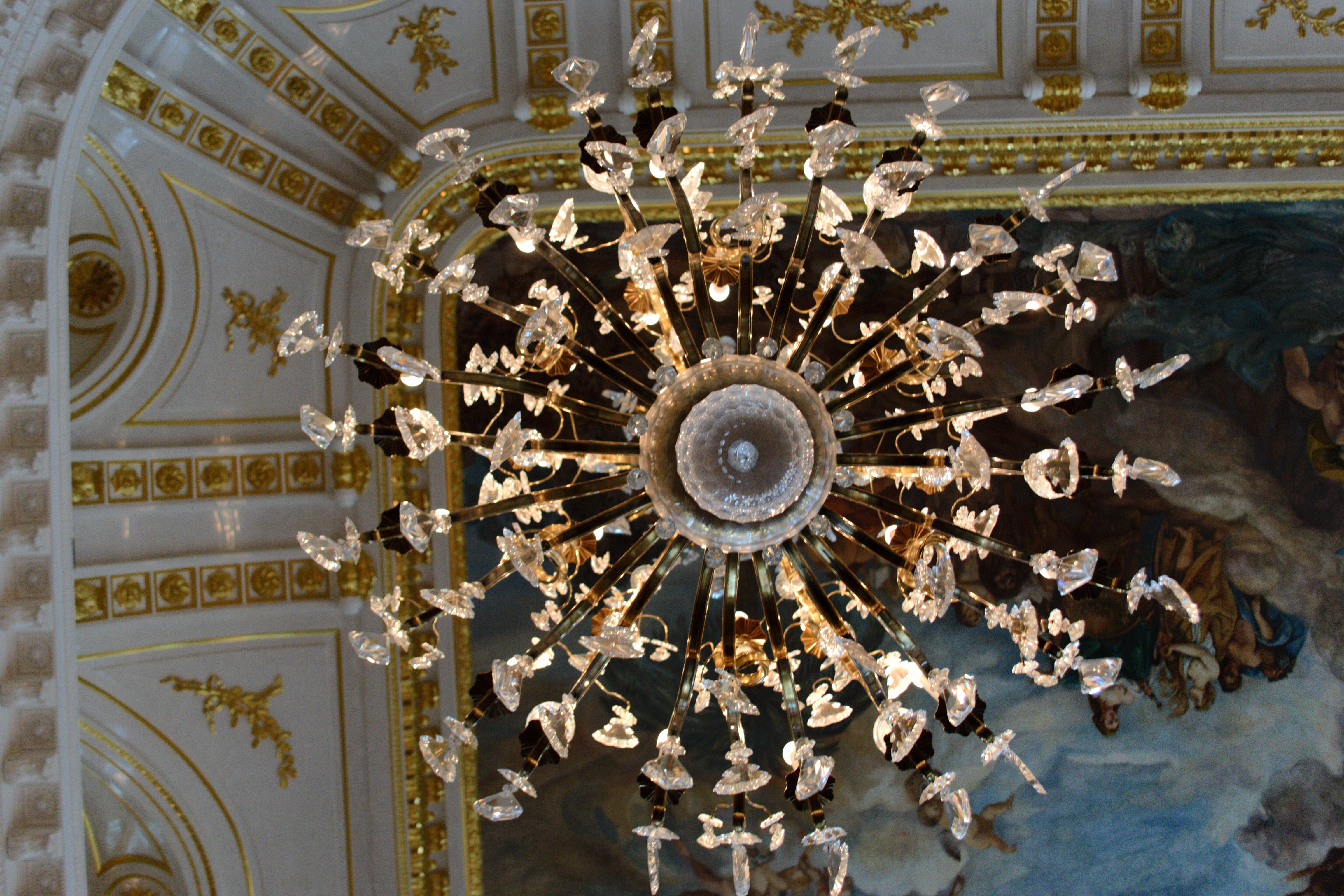 The Warsaw Barbican (Polish: barbakan warszawski) is a barbican in Warsaw and one of few remaining relics of the complex network of historic fortifications that once encircled Warsaw. Another beautiful building and it is located between the Old and New Towns. We walked to the barbican from the Old Town. A must if you’re in Warsaw. 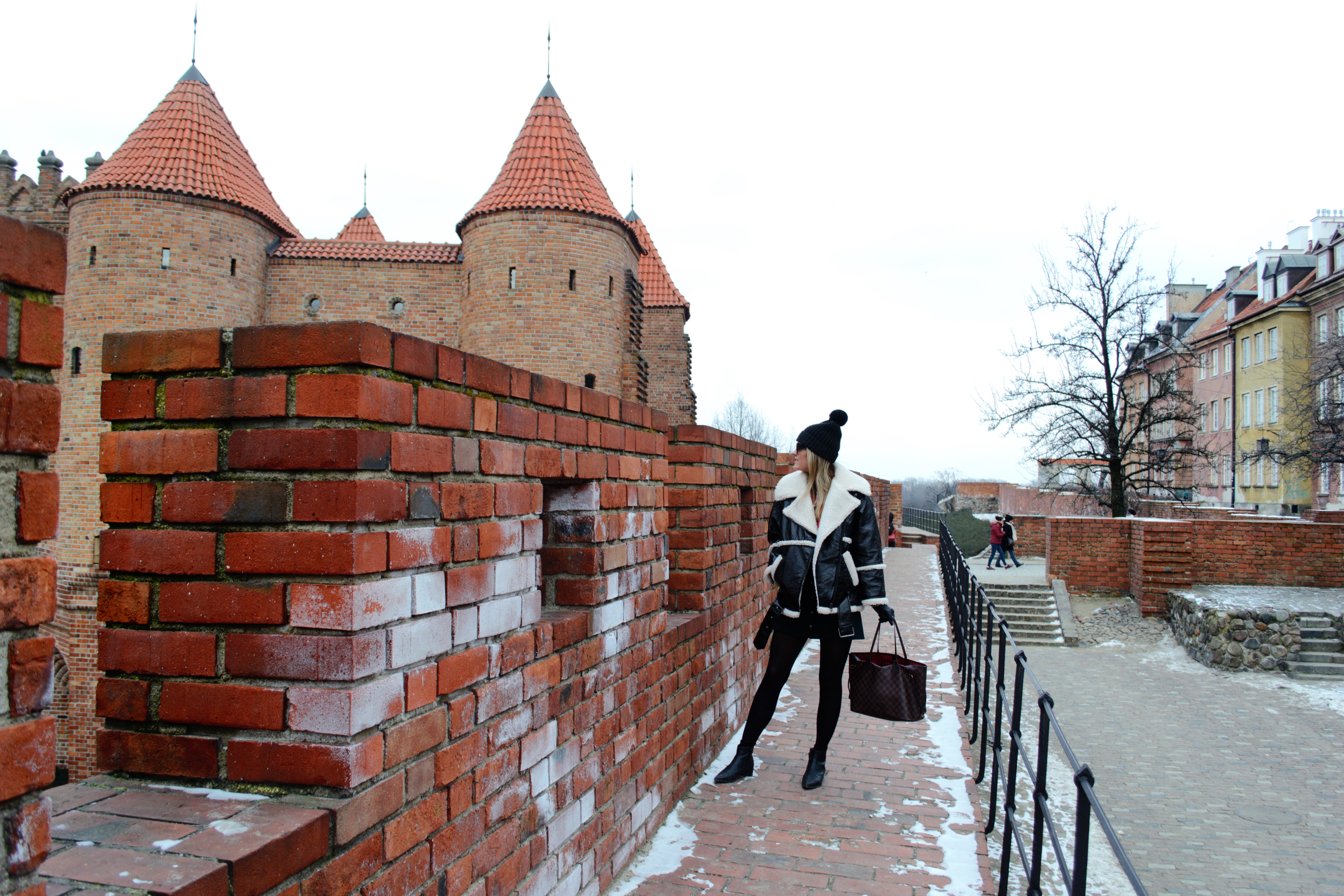 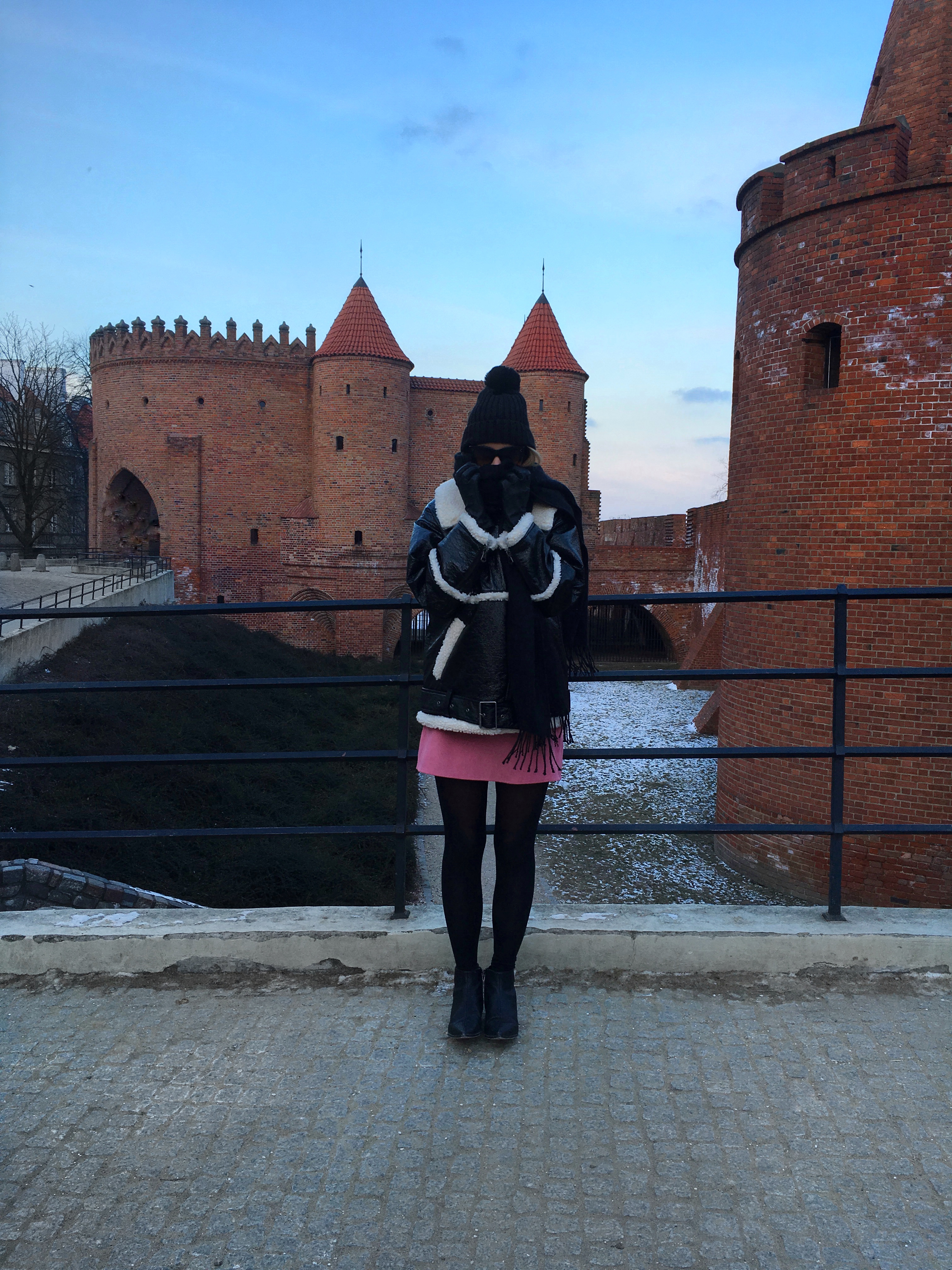 Palace of Culture and Science

If you’re obsessed with sunsets and beautiful views then you need to check out the 30th Floor Viewing Terrace in the famous Palace of Culture & Science. We made it up to the top just in time for sunset and we had the most amazing 360 degree views of the city. This was definitely the cherry on top. Built in 1955 at the height of 778 feet, the Palace of Culture and Science is the tallest building in Warsaw. 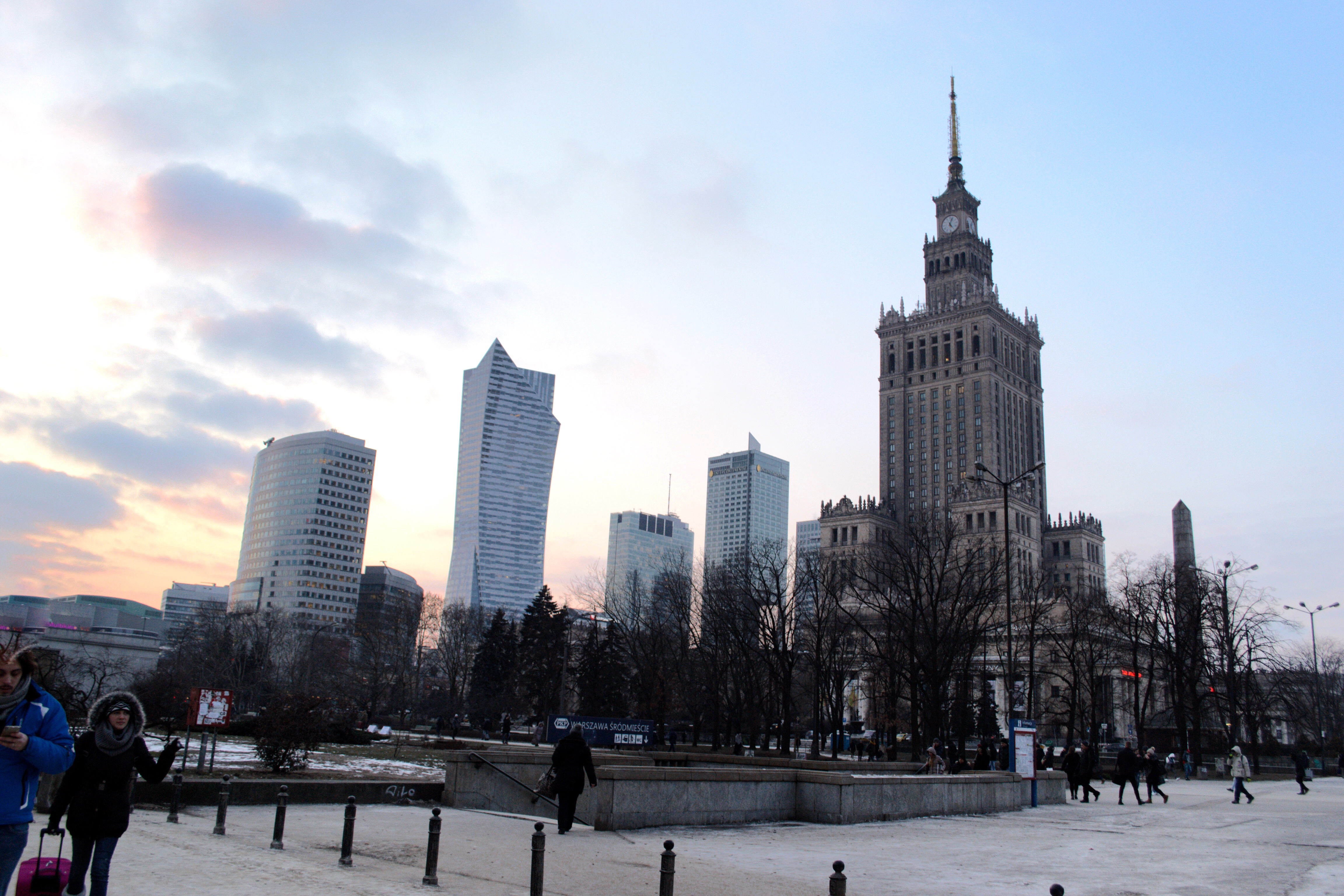 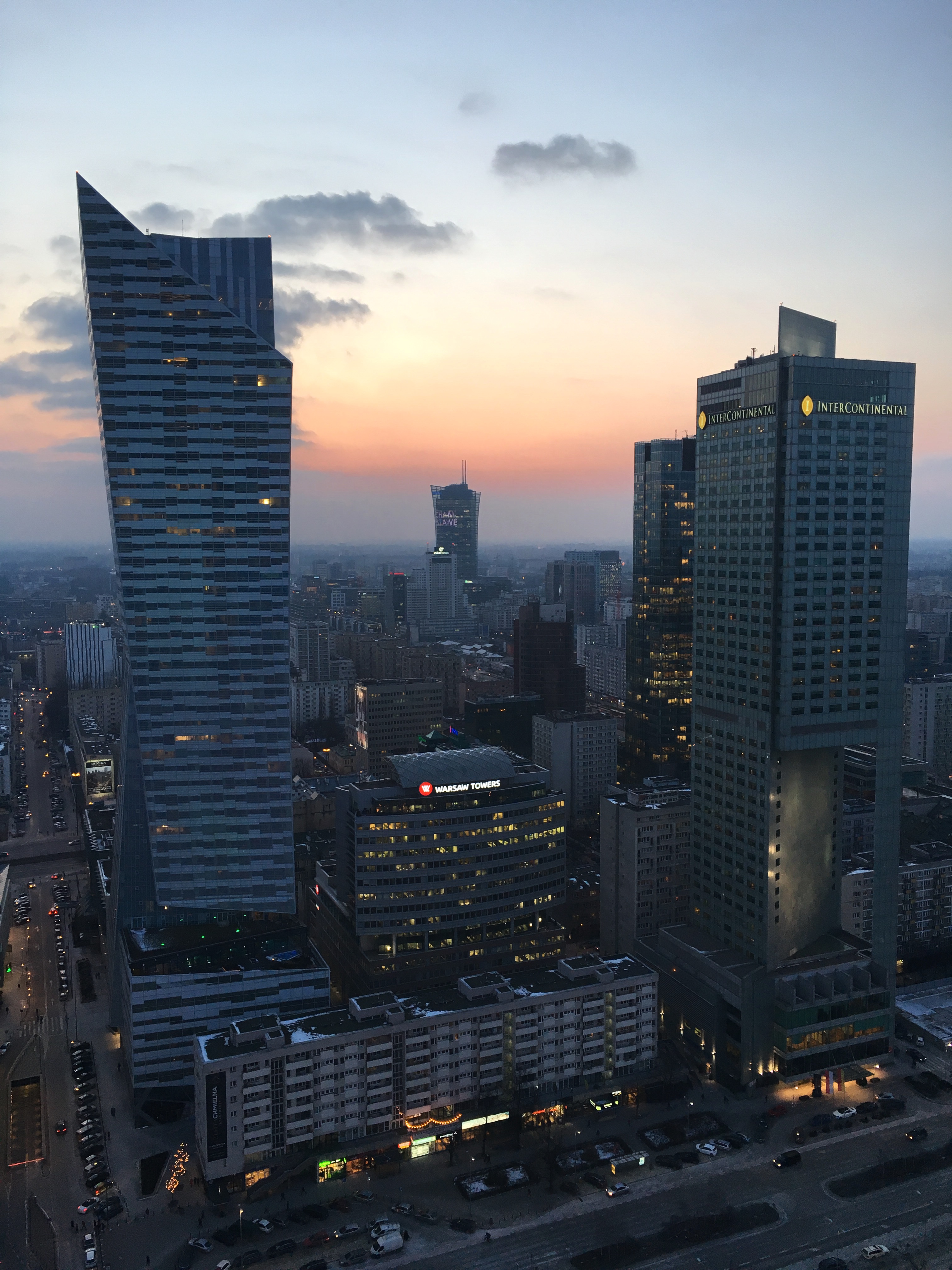 On our first night in Warsaw we decided to try some Polish cuisine so we dined in Restauracja POLKA by Magda Gessler. Polka is seen as one of the top restaurants in Warsaw and it did not disappoint. The food was perfect and the staff were just lovely. I was also a huge fan of the quirky decor and colourful rooms. For more click here. 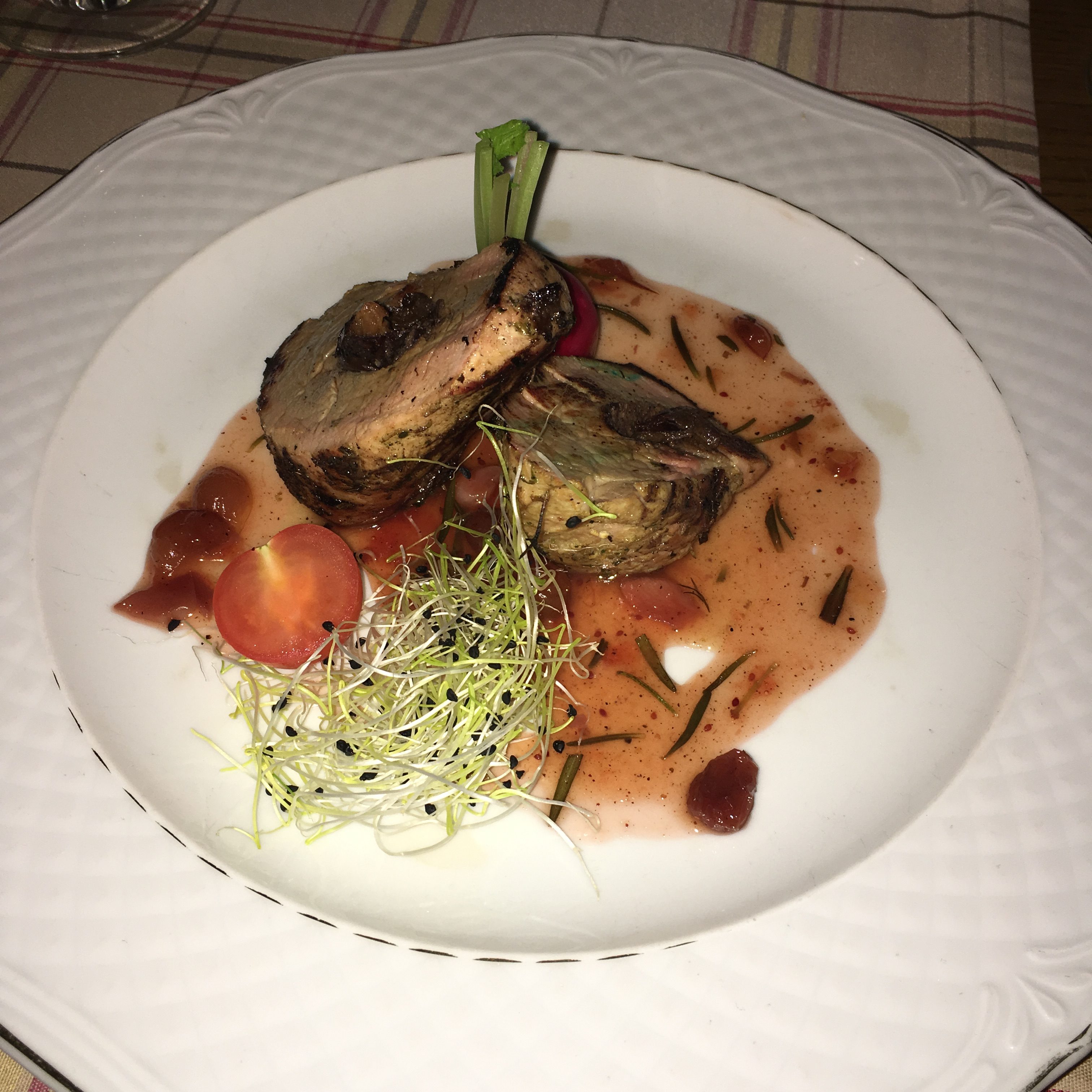 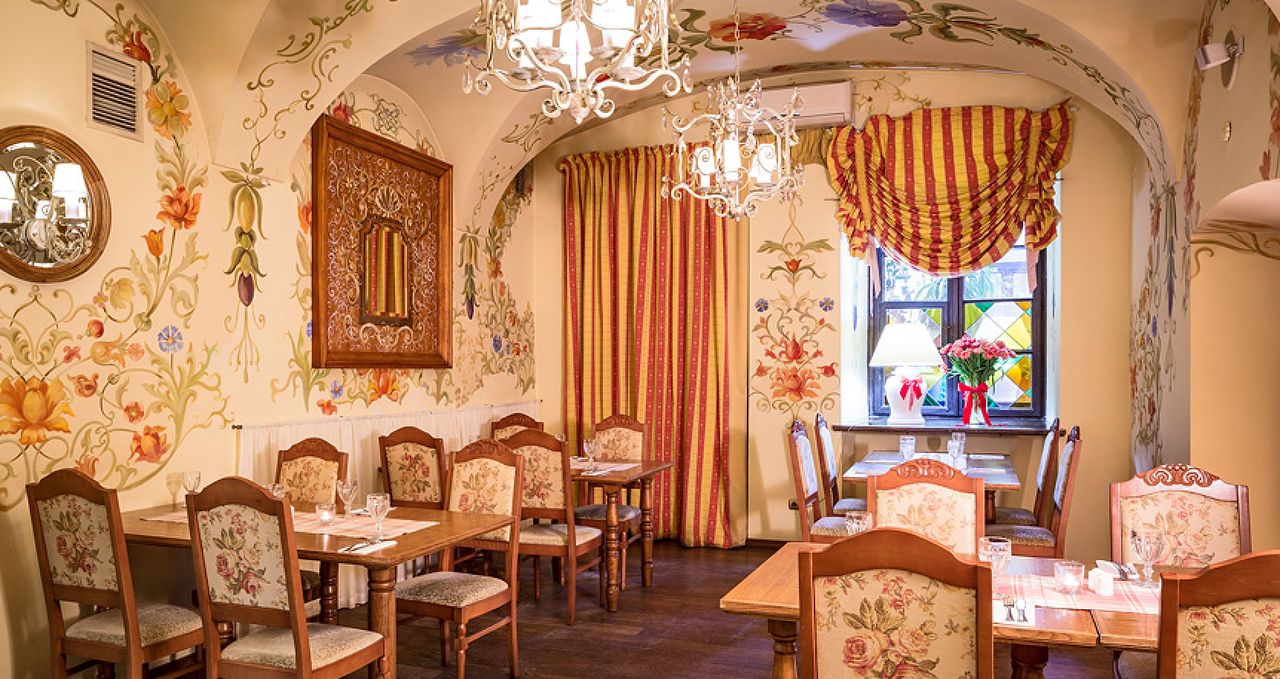 Another highly recommended restaurant in Warsaw. They have a fantastic selection of traditional Polish food. I am proud to say I tried wild boar for the first time too. The Red Hog is well-know as a good few familiar faces have dined there. Bruce Willis being one of them. A foodie must if you’re in the area and they have a great wine selection too. Click here for more. 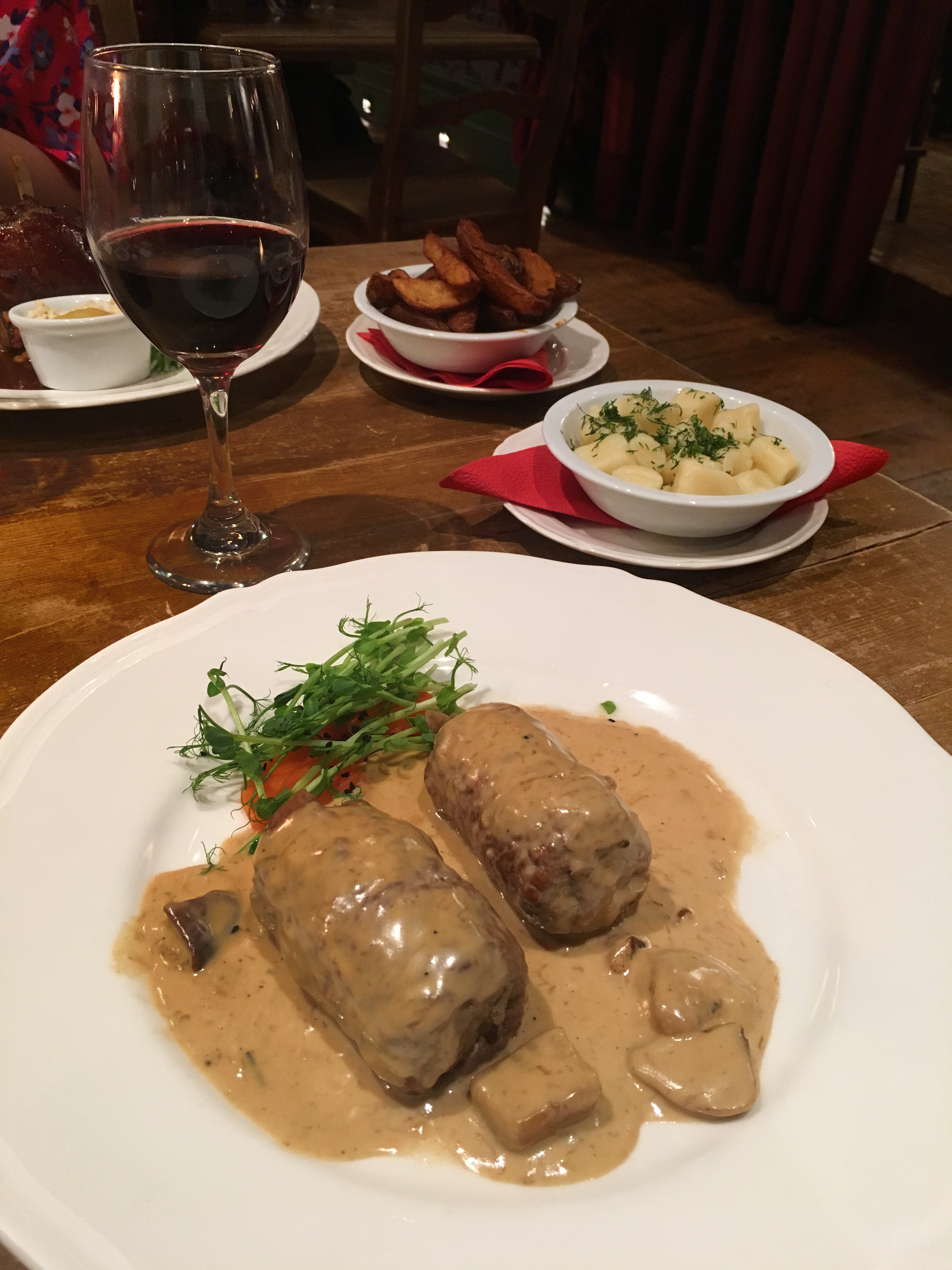 I’m sure you know by now that I have a thing for skyscraper buildings, rooftop bars and of course, insane views. For each new city I visit I always try and hunt down a new rooftop bar – the Panorama Sky Bar did not disappoint. We went for dinner and drinks and all of the above was superb. Think cloud 9 and handcrafted cocktails! 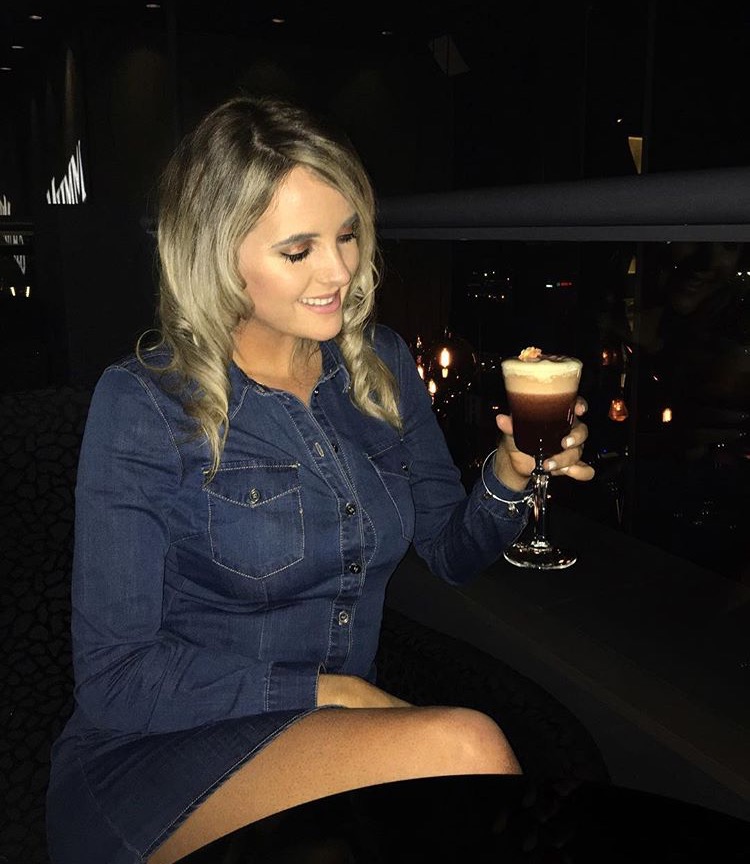 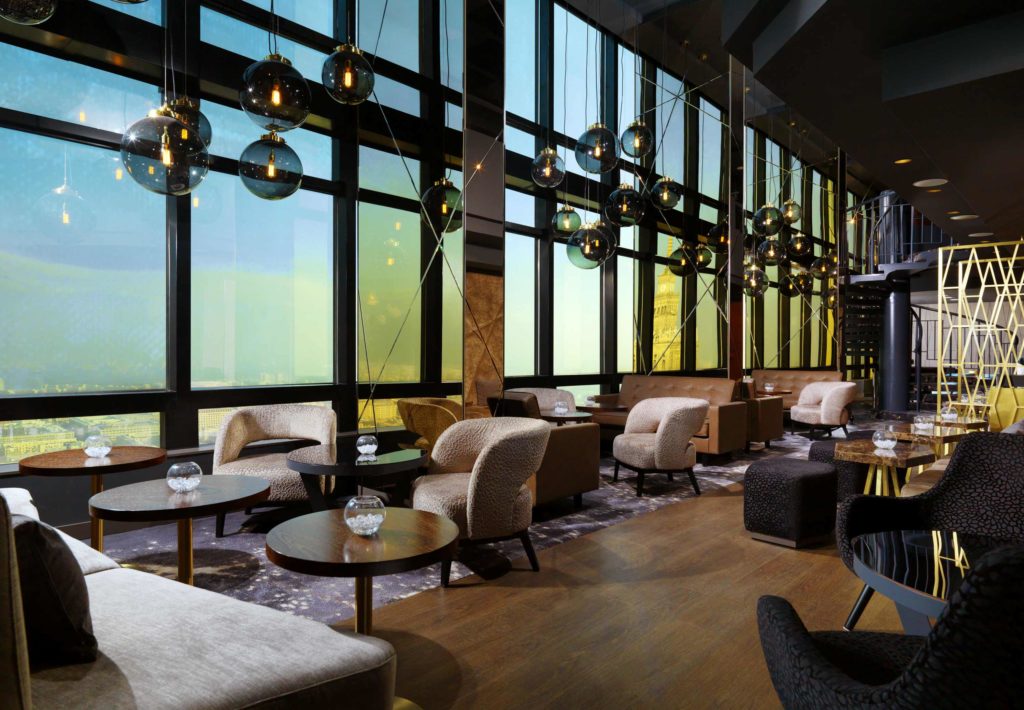 We stopped into the Column Bar for a glass on wine as we had heard great things about Hotel Bristol. A beautiful hotel located just minutes from the Castle Square. The Column Bar is inspired by an Art Nouveau piano bar. I would recommend popping in for a drink if you’re close by. The decor, atmosphere and wine menu did not disappoint. 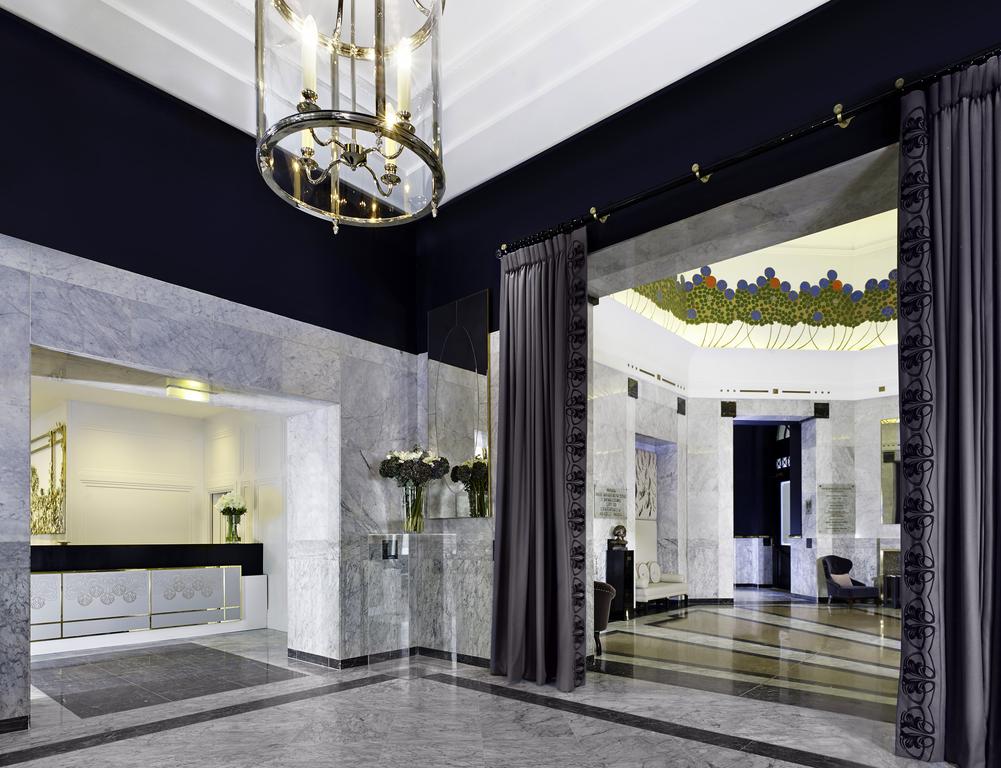 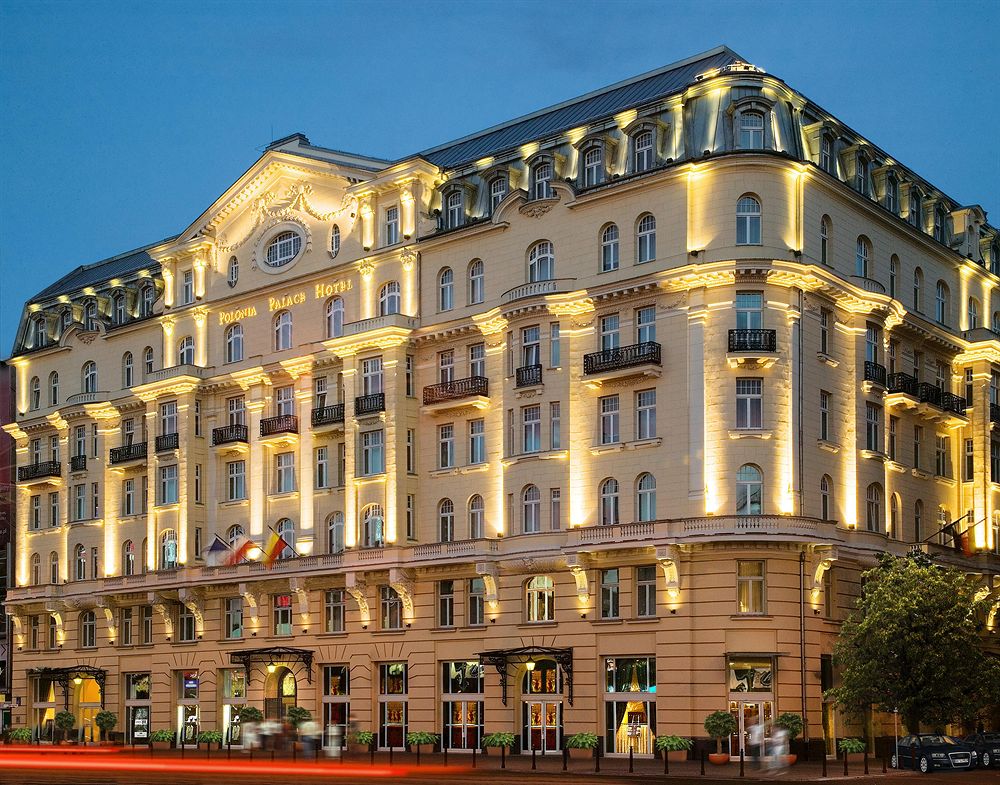 Another great spot for traditional Polish cuisine is Podwale 25. It is located in the heart of Warsaw’s Old Town and right beside the Barbican. A lovely spot and the staff were so friendly. I had a bowl of Goulash to start and then a traditional sausage dish to follow with a pint of their best Polish beer. A great spot for families too. 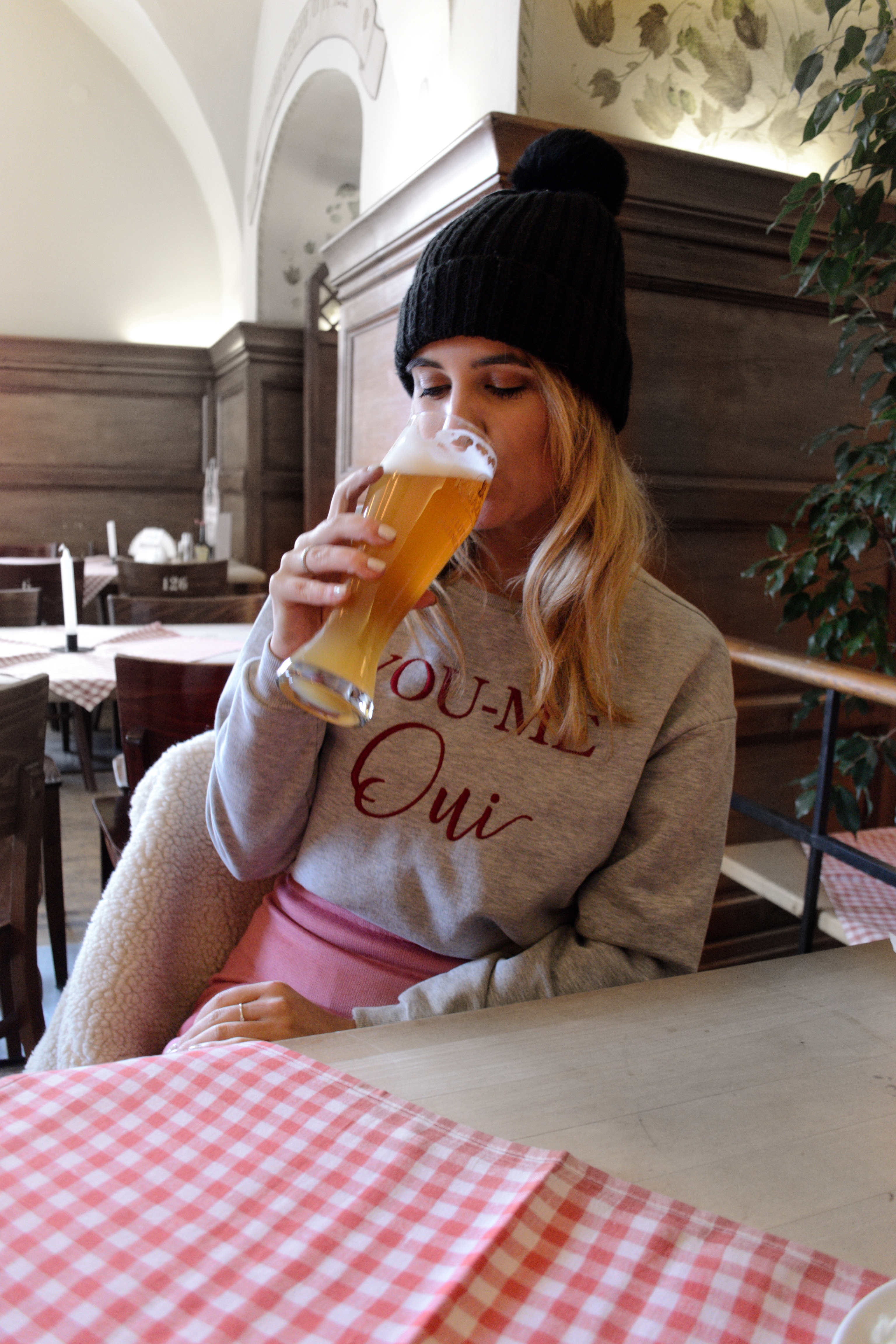 Bar Bambino (aka a milk bar)

If you’re hungry for lunch eating at one of Warsaw’s classic milk bars is a must. The cafeteria-esque restaurants are a throwback to the days under Soviet communist rule. Nirina and I had the nicest lunch in Bar bambino on our last day.

Their daily menu is posted on the wall and it’s all in Polish so my advice would be to have an idea of what you want to order in advance or at least have Google Translate at the ready when you’re queuing. The traditional Polish menu ranges from soup and salad to meat-and-potato dishes – with each meal only costing a few euro. To get served, place an order with the cashier and take the receipt to the window to get your tray of food then find a seat.

There you have it – my Warsaw Travel Guide. I tried to include as much as possible but if you have any other questions feel free to comment below. Where to next? I just booked a sneaky escape to Barcelona for my birthday next month so keep eye out for more travel antics. If there is anything in particular you’d like me to blog about next let me know. You can catch me on Snapchat: duffyloikes, Instagram, Facebook and Twitter! <3 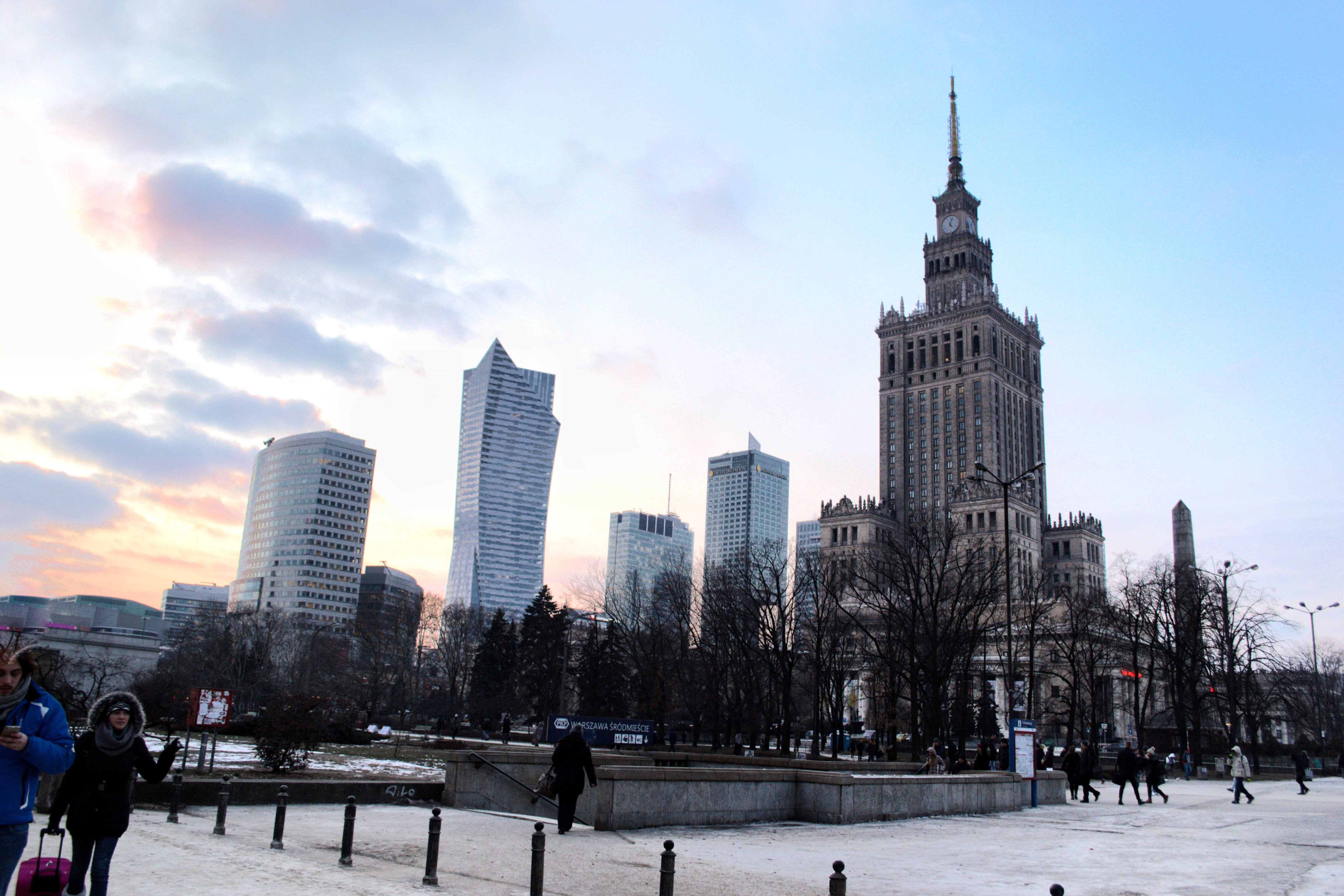