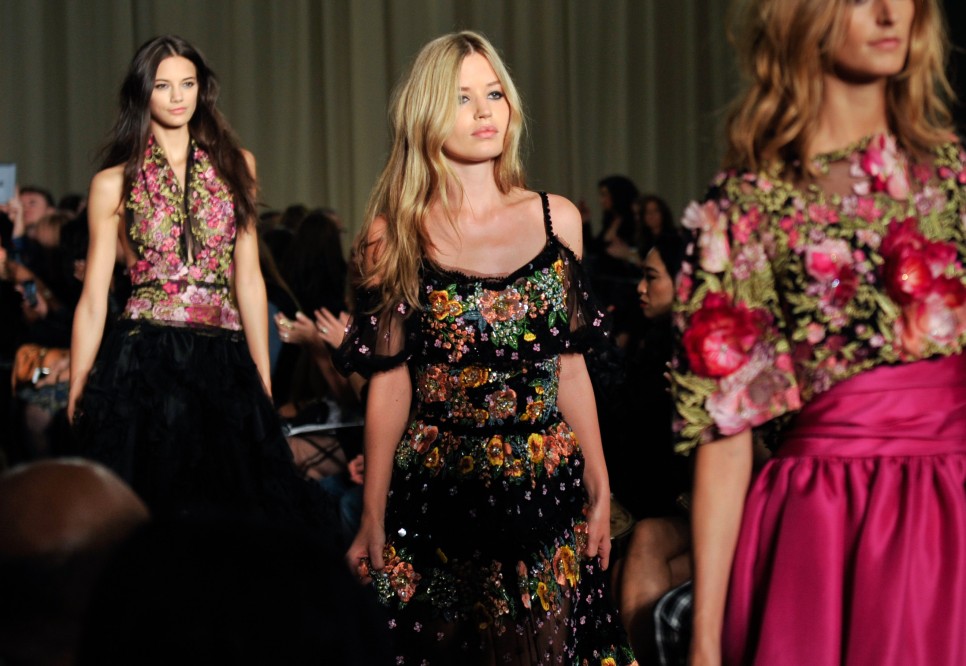 I had the honour of working with Georgina Chapman and Keren Craig, the designers of Marchesa. The  team flew in from New York days before their London Fashion Week show took place on September 13 2014 (to take part in LFW for the first time ever) in order to celebrate their tenth anniversary. Our office was set up in one of London’s most prestigious hotels where all the final preparations took place. One word to describe the whole experience – luxurious!

The designers paired up to create the establishment of Marchesa in 2004. Since then, their brand has been worn by a number of Hollywood actresses on the red carpet including: Penélope Cruz, Blake Lively, Kate Hudson, Cameron Diaz, Selena Gomez, Halle Berry, Rihanna, Eva Longoria, Taylor Swift, Miley Cyrus and Emma Watson to name a few.

On the night of the show, every major editor of Vogue, was in attendance, including ANNA WINTOUR who I had the honour of meeting backstage before the show – a surreal experience to say the least. I also had the opportunity to work with Georgia Jagger who modelled two dresses for us on the night.

It was an amazing, once in a lifetime experience. I consider it a major achievement to have been given the opportunity to work with so many talented designers, magazine editors, producers and well-known models.

Marchesa‘s SS 2015 collection was  inspired largely by the 1980s, complete with layers of ruffles, chandelier silhouettes, layers of lace, and of course tulle.