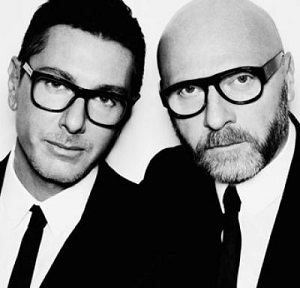 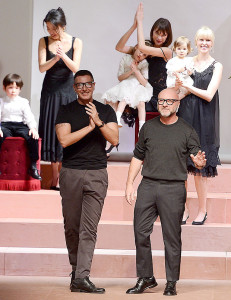 For those of you that may not have heard recent comments by Dolce & Gabbana on same-sex families here is a recap on all of the hype when the pair spoke out against ‘non-traditional’ families during a recent interview with Italy’s Panorama magazine. Throughout this piece I have expressed my own opinions on the matter. Feel free to comment below if you have something you’d like to share about this particular topic. 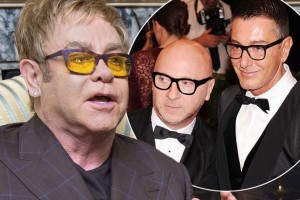 Fashion designers Domenico Dolce and Stefano Gabbana have spoken out against same-sex families – despite being gay themselves.

The duo – who founded the designer fashion house in their own name – were a couple for 23 years, before a much-discussed break-up in 2005.

However, despite their own sexuality, the pair spoke out against ‘non-traditional’ families during a recent magazine interview. The pair said: “We oppose gay adoptions. The only family is the traditional one.”

“No chemical offsprings and rented uterus: life has a natural flow, there are things that should not be changed.”

Domenico Dolce said that procreation “must be an act of love”, saying: “You are born to a mother and a father – or at least that’s how it should be.”

“I call children of chemistry, synthetic children. Uteri [for] rent, semen chosen from a catalog.”

Stefano Gabbana added: “The family is not a fad. In it there is a supernatural sense of belonging.”

After reading a number of articles on this topic over the last few days it is safe to say that I was shocked by these comments, in particular when Dolce stated – “I call children of chemistry, synthetic children.“

Well times have changed, people need to accept this and get on with it. We are free to express ourselves however we want. People fall in and out of love everyday that is just the way it is. If you finally find someone you are truly happy with then not only should you consider yourself lucky…you should make the most of it. Dolce and Gabbana do have a right to comment but I don’t support their view.

Yes...”procreation should be an act of love” but raising a family with the person you love is just as important. Everyone should have the right to start their own family – whether you are underprivileged,  a multi-millionaire, straight, gay or have a challenging lifestyle…whatever it may be. If you are fit to have and raise a family then so be it.

In today’s society there are many hardships, challenges and complicated situations that arise within relationships and families in general. A married couple may want a family but they may be unable to for medical reasons. This would result in them having to look into adoption or surrogacy. Does this mean there is something wrong with that particular family?

If two people are happy together then that is that. Leave them to be happy, live their lives however they want and build a family of their own if that is what they want to do. As long as children are brought up by loving, supportive parents and in a stable environment then they should be left to it.

You only have one life so make the most of it and do what makes you happy!

Sir Elton, who married his long-term civil partner David Furnish in December, wrote: “How dare you refer to my beautiful children as ‘synthetic’.

“And shame on you for wagging your judgemental little fingers at IVF – a miracle that has allowed legions of loving people, both straight and gay, to fulfil their dream of having children.

“Your archaic thinking is out of step with the times, just like your fashions. I shall never wear Dolce and Gabbana ever again. #BoycottDolceGabbana.”

Elton John isn’t the only celebrity who has expressed outrage over Dolce and Gabbana’s comments. Well-known celebrity chef Art Smith is planning a protest party that’s he’s calling “Take The Hate Off The Runway.”

“As a gay married couple with four gorgeous children, my husband Jesus Salgueiro and I join families across the world — gay and straight — in protest against these hateful, ugly, loveless comments by Dolce and Gabbana,” he told The Huffington Post. “Behind the beauty was always ugly. As Dr. Maya Angelou said, ‘When people show you who they are, believe them.'”

Is this place even real? 🤍 Wicklow Walk Idea:

Golden Hour! 🤍 My favourite time of day in one

It’s been a while since I’ve boxed anything bu

That’s a wrap! 🎬 Want to create a capsule wa

Blow away by the views..literally!😂💨 DUBLIN

If you go into the woods today…! 🐻 DUBLIN HI